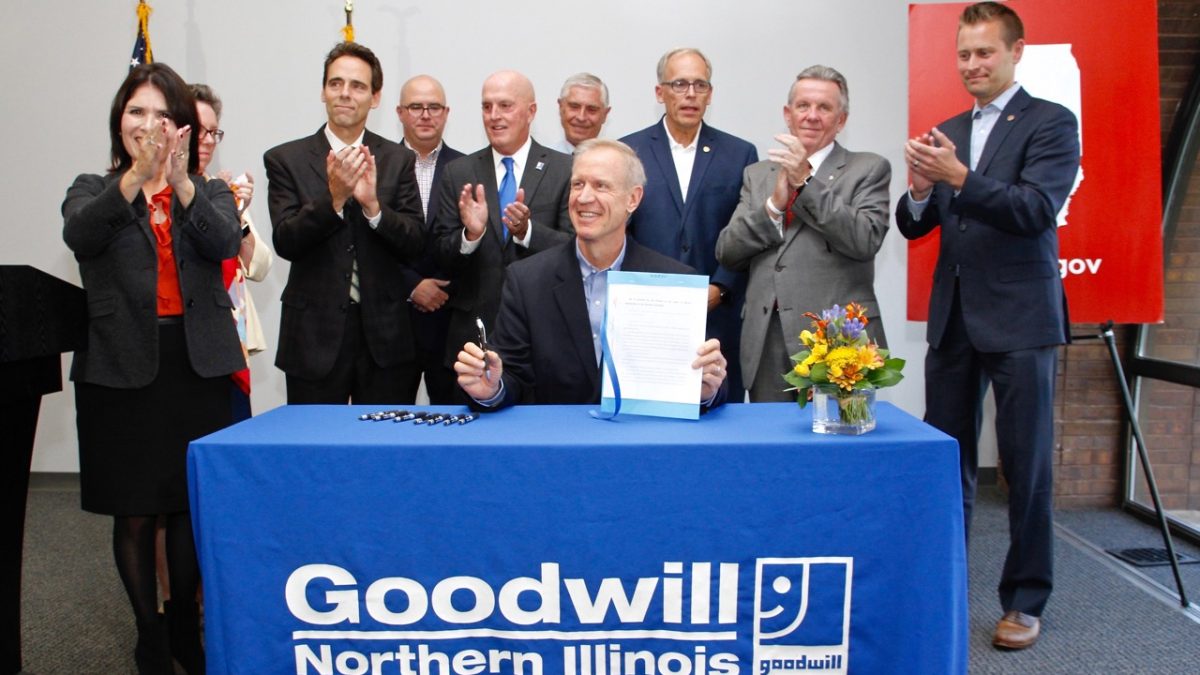 HB2527 removes the age cap for students to obtain a High School diploma in the state of Illinois in addition to allowing for the creation of adult high schools. The Excel Center is a proven educational model that originated with Goodwill Industries of Central and Southern Indiana and has since been implemented in several other states. In addition to a High School diploma,
graduates earn industry recognized credentials, college credits, and have access to coaching and supportive services such as transportation assistance and on-site child care.

“We are proud to become the sixth state to enact legislation that will allow for the Excel Center concept to be implemented in the State of Illinois. The next phase will be to secure funding to make it a reality; however this is an extremely important first step.” Sam Schmitz, President of Goodwill Industries of Northern Illinois, said.

This legislation brings the opportunity for Rockford and the State of Illinois to address educational disparities and spur economic growth.

Partners in the development of this legislation include Goodwill Industries of Northern Illinois, Rock Valley College, the Regional office of Education, the Illinois Community College Board, and the Illinois State Board of Education, Transform Rockford, the Rockford Chamber of Commerce and many other supporters.