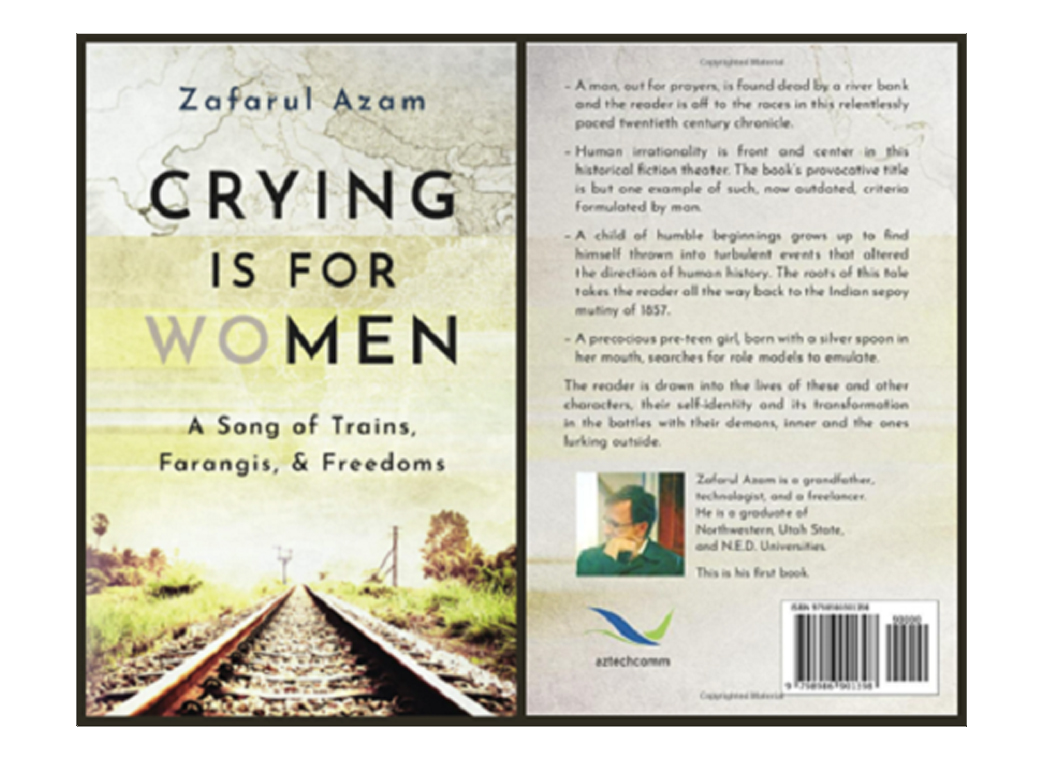 Limited copies of his book Crying is for Women: A Song of Trains, Farangis, & Freedoms will be available for signing.

It is a generational tale of a man and his granddaughter. A human journey that begins a few years before the start of the 1857 sepoy revolt in Meerut, India and brought to the start of the war on terror. These fictional characters are mixed with historical figures who become important players in the lives of these common people, their frailties and struggles. It’s about their beliefs, and the journey to achieve their goals while putting everything at stake. The reader is drawn into the lives of these and other characters, their self-identity and its transformation in the battles with their demons, inner and the ones lurking outside.

Strong female characters like the coprotagonist, contrast the story to its provocative title, who is a strong, independent woman who would stop at nothing to achieve what she believes in. Human irrationality is front and center in this historical fiction theater. The book’s provoking title is but one example of such, now outdated, criteria formulated by man.

Zafarul Azam is a grandfather, technologist and a freelancer.  He holds two masters degrees from Northwestern University and Utah State University, and a bachelor’s degree from N.E.D. University. He previously held leadership positions at Kobo, HP, Palm, Motorola and AT&T.  “Crying is for Women” is his first full length historical fiction novel.  Zafarul topped in his graduating class in Engineering, winning a gold medal. He has published some short stories, and edited an Urdu autobiography of an Engineer & Architect.